Lab Members (past and present) 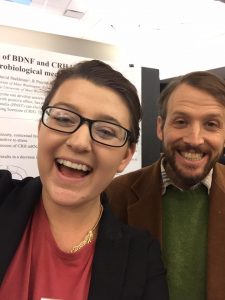 Hannah had the longest run in my laboratory, starting her freshman year, and continuing until she graduated in Spring 2018. Her work began with a bare-bones setup of a video camera and a social cage with five mice. After countless hours of scoring CCTV videos of mouse interactions, she developed her own project, which centered on exploring the influence of social rank on anxiotypic behavior and BDNF expression in the BNST of mice.

Hannah’s early work pioneered many of the protocols that have become standards in my lab, the total dominance ratio score, fecal corticosterone assessment using ELISA assay, and homecage aggression scoring. The total dominance ration is a calculation that we developed to assign a quantitative score to performance in the Tube Test (she is now working with me on a methods manuscript to publish this protocol).

Hannah’s senior research study incorporated both male and female mice to investigate potential sex differences in the effects of social stress on physiology and behavior. She observed passive avoidance behavior (using a light-dark box) and exploratory behavior (using the open field) in male and female mice to determine if social rank (measured by home cage aggression and the tube test) has an effect on anxiety-like behavior in mice. To understand the physiological changes that may underlie these changes in behavior, she developed and performed a qPCR assay to measure BDNF expression in the BNST.

Hannah presented this work at multiple local and international conferences, and received multiple awards and recognition for these presentations.

Hannah is currently working under a fellowship award at the Medical Research Institute for Chemical Defense in Aberdeen, MD. 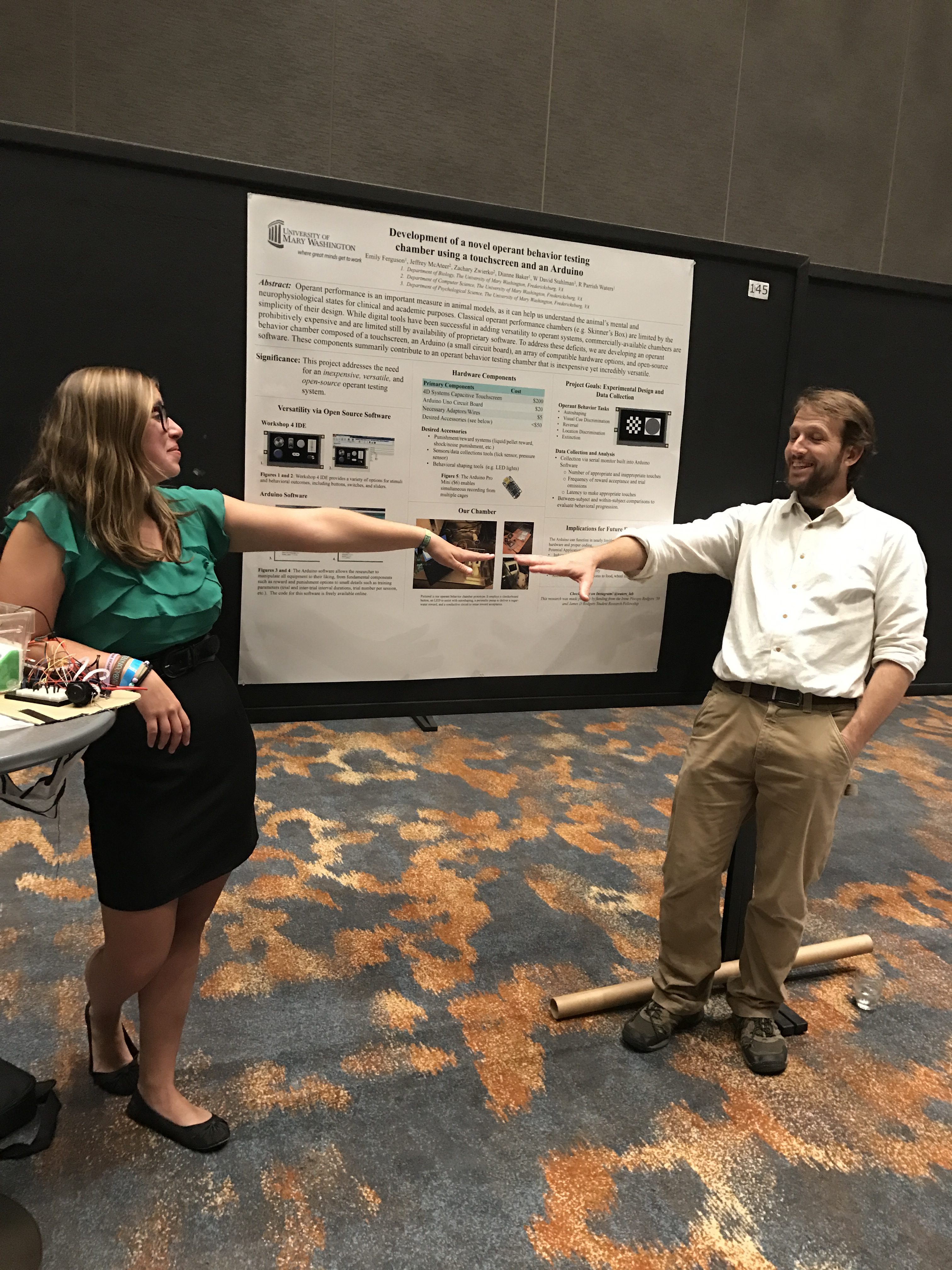 Emily took on the daunting task of completing a conceptual project as part of her senior thesis in my laboratory. This project entailed designing and building (from scratch) a touchscreen operant system for rats on an Arduino platform. To do this, she engaged her peers and incorporated two computer science majors to help her complete the project. With these two students, she researched and obtained the appropriate hardware needed for this system, and developed a simple software program that measured operant behavior in female Long-Evans rats.

While these rats learned on a simple FR1 (fixed ratio one – i.e. one touch of the screen earned a sugar pellet reward) task, this project presented multiple problems inherent to developing a behavioral recording system de novo. First, creating a stable operant program that consistently and reliably records animal responses proved quite difficult. Even one error in programming can interrupt long-term success of a project (and did in this case). Second, our goal was to develop this system as an ‘in-house’ operant wall that the animals could interact with ad libitum. Our rats proved way too curious, and ate through any model that we built.

A note on that – Emily and I worked with George Meadows in the ThinkLab at UMW to 3D print the casing for the touchscreens. Despite our best efforts (and George’s creativity and expertise) we were unable to find a ‘rat-proof’ casing for our touchscreen – in the end we decided that anything short of a metal case fall victim to the rats’ teeth, and these materials surpassed our abilities to incorporate into the project given the time-course of Emily’s study).

Emily's work was completed, in part, thanks to the Piscopo Research Fellowship. Upon graduation, Emily also  earned the prestigious Castle Award, designating her as the most outstanding graduating biology major at UMW, for her dedication and excellent performance as a well-rounded student. She is currently traveling the world, and intends to seek a career in neuropharmacology upon completing her well-deserved, soul-searching adventures. 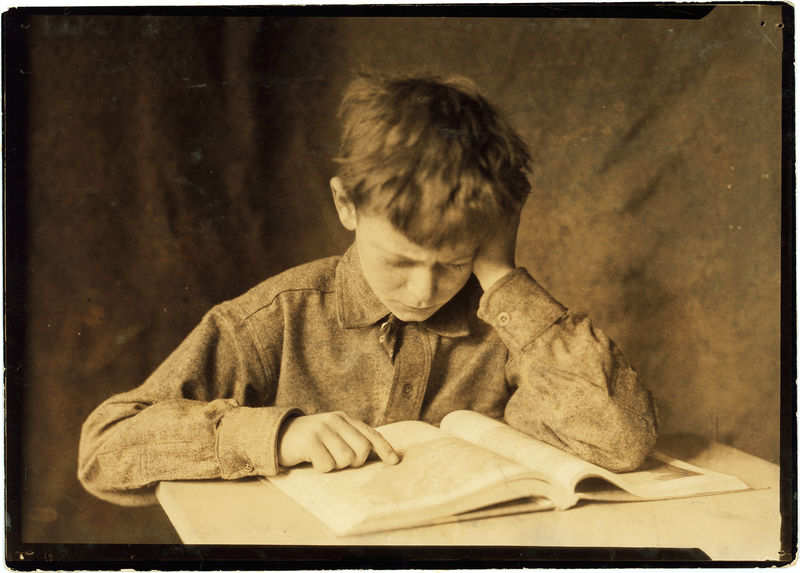 Meagan Darling was the first undergraduate student to join my laboratory. She had the distinct honor of piloting out many of the crazy ideas I had to record and investigate social behavior in mice, as well as some more sane ideas of her own.

Meagan completed an investigation of mouse social behavior, and the neural systems that guide this behavior. She performed this work across multiple laboratories, working under the advisement of Dr. Ken Renner at the University of South Dakota, and Dr. David Coppola at Randolph Macon College. Being the first student to work in my laboratory, she endured a bare-bones environment, but was still able to generate valuable data, which led to multiple published abstracts and impactful results. Her work also jumpstarted ideas that have led to many other project which are being performed by students currently working in my lab.

Meagan is currently enjoying a successful career as a Clinical Research Coordinator in the Cancer Center at the University of Viriginia.

Alex Piercy completed a project that examined senescent cognitive decline using a mouse model of environmental enrichment. We attached a Lashley-Type maze to the home cage of our mice (22 week old female CD-1 mice) that they had to navigate to access their food hopper. Using RFID tracking, we recorded their movement through this maze and changed the position of the food hopper once they had mastered navigating the maze. This presented a cognitively stimulating home living environment, which has been hypothesized to protect against age related cognitive decline in humans. We plan to measure levels of BDNF in the hippocampus of these mice using qPCR techniques.

Alex received a grant award from the Virginia Academy of Science, and presented her behavioral results at the annual meeting of this organization. She is currently pursuing a doctoral degree in pharmacy at the University of Delaware.

Jen Grove developed a research project that deviated quite a bit from the work that is typically performed in my lab.

For one, she worked with Long-Evans rats, a strain of rats known for their ability to perform cognitive tasks (in layspeak, some might say they’re smart!). She was interested in how rats may be able to ‘transfer’ knowledge to a cage mate, which is not quite intuitive - while rats certainly have very complex ‘language’ systems, their ability to convey actual cognitive information is unknown.

Jen’s experiment was largely based on a study that demonstrated the ability of mice to transfer information about an aversive event to a cage mate. Briefly, mice were housed in pairs and one was trained in an aversive learning paradigm (the active avoidance paradigm). The cage mate of the ‘trained’ mouse was then trained on the same aversive learning paradigm. Mice housed with cage mates that were previously trained on this paradigm learned the task more quickly than mice house with naive cage mates. This study demonstrated (at least) an ability of rodents to identify the affective state of their cagemate, and adapt their behavior accordingly.

Jen’s spin on these results explored the ability of rats to identify a positive affective change in their cage mates, and if this could enhance their performance on a cognitive task. Basically, she wanted to know if living with a rat that earned a reward influenced the ability (or motivation) of rats to earn a reward themselves. This interesting idea that hints at empathy between rodents (as do the results her study was based on), a subject with some precedence in scientific study.

The reward learning task was a simple discrimination task, loosely based on the Attentional Set Shifting Task. Rats worked to find a sugar pellet hidden under various types of bedding media in a two-sided chamber.

Her results demonstrate that having a cage mate that experiences training enhances a rat’s cognitive performance. This result is interesting, and suggests that some information (perhaps simply positive affect) may be transferred between these rats. Conversely, rats with ‘trained’ cage mates are not able to shift this learning as well as control rats - academically termed reduced ‘plasticity’ in the worlds of neuroscience and cognition.

Overall, these results beg for additional testing. Our only explanation for the enhanced cognitive performanc on cage mates of trained rats